At age 16, Charline was anticipating the birth of her first child. Like any new mother, she felt a wide range of emotions, but the fact that her boyfriend abandoned her immediately after announcing her pregnancy only complicated her situation. Thankfully, her family took her in and provided financial help for her prenatal checkups at the rural basic health centre near her home.

Once in labour, she made her way to that same rural health centre. Labour continued on for days without any signs of progression. It was only after the baby stopped moving inside of her that she was referred to a local hospital for a caesarean. Knowing that she would be refused a caesarean if unable to pay, she chose to walk four hours to the next nearest rural clinic in hopes of finding someone who could provide alternative help. After arriving at the second local health centre, she was again referred to another hospital. After several more hours of walking, she made it to the hospital. Shortly after arriving, she finally gave birth naturally to a stillborn baby boy. Distraught with grief of losing a child, Charline also began leaking urine continuously. The condition went on and eventually she was rejected by her community due to her smell.

“I felt miserable, and it brought me much shame.”

A few years later, Charline met a man who fell in love with her. She kept the fistula a secret, but soon the secret was revealed and to her surprise, her husband committed to standing by her side to find a cure. Together, they believed she could be healed someday. They committed to never stopped seeking treatment. After over a year of searching, they received word that Freedom from Fistula was in Madagascar. There, she received not only free surgery to repair her fistula, but was also able to receive counselling and life skills to prepare her for her new life after fistula. Charline is currently recovering on the ward and preparing to go home dry. She has a plan to start working and earning money for her family.

“I will go back to my village and will tell people about my healing.  I want to encourage others, because I believe there is always hope.” 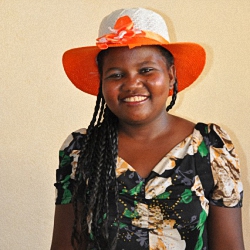